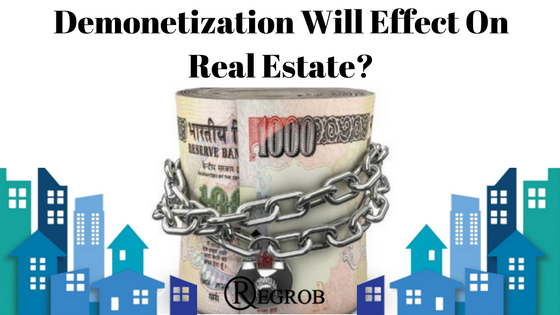 The government may have slashed personal income tax rates in the coming budget, as it has already laid the groundwork for tax compliance.

After years of watching cash being hoarded and the vulgar consumption of hoarders, the public is gleeful. Stashes in underground storerooms, suitcases and mattresses have become worthless overnight— deserving punishment and a remarkable exercise of powers by the government.

Imagine the money circulating in the economy as a network of pipes through which water is flowing. How efficiently each one of us can draw from and deposit into this network depends not just on how much water is there, but also on how fast it is moving.

The banking system manages this network, and the efficiency of this system is known as liquidity. Now imagine millions of unscrupulous players coming in and building little storage tanks, siphoning off the water for their own future use.

The amount of water falls, the speed of flow is disrupted and any effort to ensure that everyone gets enough is thwarted. The cash economy harms every one of us by focusing on storing money, rather than letting it flow through the pipelines. There are two shades of the cash economy grey and black.

The grey economy is widely prevalent. It carries on legitimate business, but using cash so it can conceal income and pay lower taxes. The black economy is the illegal business of taking bribes, capitation fees, ransom, protection money and such in cash.

The intent in both systems is to hide earnings and evade tax. The grey economy uses cash to buy goods and services and inflates prices for all of us. My neighbour ran a crèche at home, collecting fat sums in cash. She neither paid tax nor did she register her business. Her earnings were spent on buying diamonds, holidays, eating out and several such activities. She did not invest her money sensibly, because she did not declare her income at all.

The morally and ethically depraved society of today is an outcome of these stark inequalities. Black economy also uses the money it makes, but focuses more on assets and hoarding. It pushes up demand for property and gold. It hoards the cash locally and globally, treating it as a store of value.

What happens now? The calibration of activities by the government before making this announcement is remarkable. Bank accounts can now be easily opened; ru-pay and other cards are within access; electronic and mobile-based money transactions have been enabled widely; GST will be collected on an automated technology platform; and the Aadhar card has been established as proof of identity.

There is thus no excuse to not transacting legitimately. After an initial period of trying every trick in the book, players will come around to accepting three choices:

First, deposit whatever is possible into the bank and accept some value for the currency notes.

Second, work with the new high value currency notes to rebuild the business, but without the unrealistic non-disclosure of income.

Third, give up the notion that cash can be a store of value, as the risk of demonetisation is real.

The government could continue to declare serial numbers and series as defunct at any time in the future. The biggest beneficiary of this move is the government. Undisclosed cash that comes into bank accounts will enable the income tax department to collect taxes.

Taxpayers who have drawn cash for various uses, can deposit it all back as long as it is within the amounts they legitimately earned and paid taxes on. Evaders will pay taxes on what they bring into the bank.

The fear of losing it all will bring about tax compliance, increasing revenue for the government. The next beneficiary is the banking system. After struggling with liquidity crunch as currency in circulation steadily increased, they will return to the centre of the system as enablers of liquidity.

The amount of cash flowing into the pipeline and the speed at which it flows will both increase, making it possible for banks to reduce interest rates, expand credit and business.

The sector will do whatever it takes to spread out glitches. The worst hit will be businesses that relied on cash. Who would buy houses if the transaction is only be through the banking system? The 20% -70% cash component that drove demand is now gone.

There is no use for cash as it runs the risk of becoming worthless overnight. Those who converted their cash into gold, diamonds, and all other material things will find that these assets will all depreciate in value and will be costly to hold or sell. Buyers will come around to seeing how senseless and desperate buying pushes prices of these assets and goods lower, eroding the value of what they have.

A long awaited correction is likely to finally happen. Businesses that relied on consumption in cash and private practice of professionals will be hurt. They will lie low and hope that once new currencies are printed, it would be business as usual. Perhaps not.

One event of value erosion is enough to re-wire the preferences of players, who will now focus on keeping and using rather than hoarding and losing. For years they called taxpayers naive; on the night of 8 November, they cried themselves to sleep on their cash-stuffed pillows. One would guess the government will slash personal income tax rates in the coming budget, as it has already laid the groundwork for tax compliance. Go on, Mr Modi, go forth!

Mutual Funds will do well.

When interest rates are falling in the economy, debt mutual funds do well. Many debt mutual fund schemes, have given more than 2% returns in a week. This could continue for some time.Click here to read about Why you need to use a broker to get a good deal on home loan

Banks are offering low interest on FD’s. Why are banks reducing fixed deposit rates? After scrapping of 500 and 1,000 rupee notes, citizens are depositing money with banks. In fact…banks are getting a lot of deposits from citizens. Most of these deposits are in savings bank accounts. Now banks have a lot of money to lend to you and other citizens.

With banks collecting so much money through savings bank accounts, they don’t really need your fixed deposits. Why should banks pay 7-7.25% a year on FD’s, when they have collected lots of money through SB accounts at 4% a year? Now many banks are cutting interest rates offered on FD’s. This is a positive sign and soon lending rates could go down.

With banks paying very little interest to you and other citizens, as most deposits are coming through savings bank accounts, banks can easily lend at lower rates. It can be expected that EMI’s on car and home loans will go down, in the next 3 to 6 months.