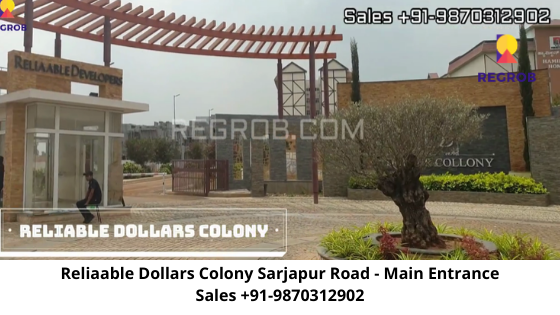 Why Sarjapur Road Is An Amazing Place To Stay?

Here are the 5 most convincing reasons:

Multiple eminent IT companies including Accenture, Cisco, Wipro, HP, KPMG, Nokia, and others are well-set up in this area. With the swift growth of more and more such companies and startups, employment opportunities are expected to rise further – pulling more and more professionals to this area. And, nothing could be better when one can live in the vicinity of their workplace, isn’t it?

Bangalore International Airport (BIAL) from Sarjapur Road is at a distance of 1 hour and 55 minutes. The Majestic Bus Stand, KSRTC Bus Stand, and Bangalore City Railway Station are just 15 kilometers away from Sarjapur Road. The planned Peripheral Ring Road (PRR) which connects to Bellary Road, Hosur Road, Bellary Road, and Old Madras Road will boost the realty sector here. The imminent metro lines which are under construction will connect Sarjapur in the south-east and Yelahanka in the north. This location offers good road connectivity to key IT strips of Bangalore like Electronic City, Marathahalli, Silk Board, Whitefield, Koramangala, Madiwala, and a few more.

Along with lots of commercial establishments, Sarjapur Road is also filled in with many good shopping destinations. Moms and homemakers who are too busy looking to balance work-home-children want shopping destinations close to the place they stay. From regular groceries to lavish fashion items, Sarjapur houses many shipping malls in close vicinity – Central Mall, Total Mall, Market Square Mall are just a few to name.

Reliaable Developers are doing Residential Plots for eighteen years and have completed 15 residential layouts, which now consist of multiple schools and hospitals.

The company was established in 1999 by Dr. A. Rama Reddy and Mr. H.P. Rama Reddy. Recognized as one of the most prolific and world-class property developers in Bangalore. They have developed both top qualities urban and luxury living spaces in over 10,000 BDA approved plots spread across 1000 acres in the last 2 decades.

We have developed properties around HSR layout as large as a couple of its sectors while offering customers value for their investment. Their properties have developed to become self-sufficient, encompassing schools, colleges, hospitals and shopping complexes like Vibgyor School, Bmax Hospital, Mount Zee School, Narayan E-tech and Eurotech to name a few.

Reliaable Developers have come up with a new project called Reliaable Dollars Colony in Hosa Road. This luxurious residential villa plot is set on 60 acres of land area wherein 8 acres of land is fixed for green foliage comprising of man-made forest, parks and open space. This BDA approved project is offering 115 luxury villa plots of sizes 1200 Sqft and 1500 Sqft (30×40, 30×50) respectively. This developer is also providing a number of well-equipped amenities within the same development. Some are like water recycling, rainwater harvesting, solid waste management, CCTV Cameras, 24/7 security, extensive storm-water management, etc. and many other features.

Reliaable Dollars Colony is positioned in a convenient location close to HSR Layout, Off Hosa Road, East Bangalore. This part of the city is known for its numerous IT/ITES companies like Wipro, TCS, Infosys, etc. and several MNC’s. It has also developed as a residential area due to the constant demand from the professionals for an affordable home. Hosa Road is smoothly connected to Electronic City, HSR Layout, Outer Ring Road, Silk Board Junction, Metro Station, NICE Road and other parts of Bangalore. The residents of Sobha Supreme Tower will have easy access to famous schools, colleges and Entertainment zones like Oxford Engineering college, VIBGYOR High School, St. Joseph English High School, Total Mall, Vishal Mart, Big Bazaar, etc.

It is an expansive plotted development ( 82 acres to be developed in phases) close to HSR Layout and not far from Sarjapur Main Road.

The flagship project is our testament to realizing the dream of luxury housing in a gated residential layout that not only offers spacious settings amidst picturesque environments but also embodies the little elements that piece together to form a harmonious and luxurious international lifestyle.

Current condition: – All of the mentioned below are under construction.

Q- I always say if the house I live in is comfortable, and I have all the amenities I need, then what more can you ask for? Talking about the Amenities in Reliaable Dollars Colony: –

The following are the various amenities offered by project to its residents: –